Get 10% off when you book online! For rec dives and courses. 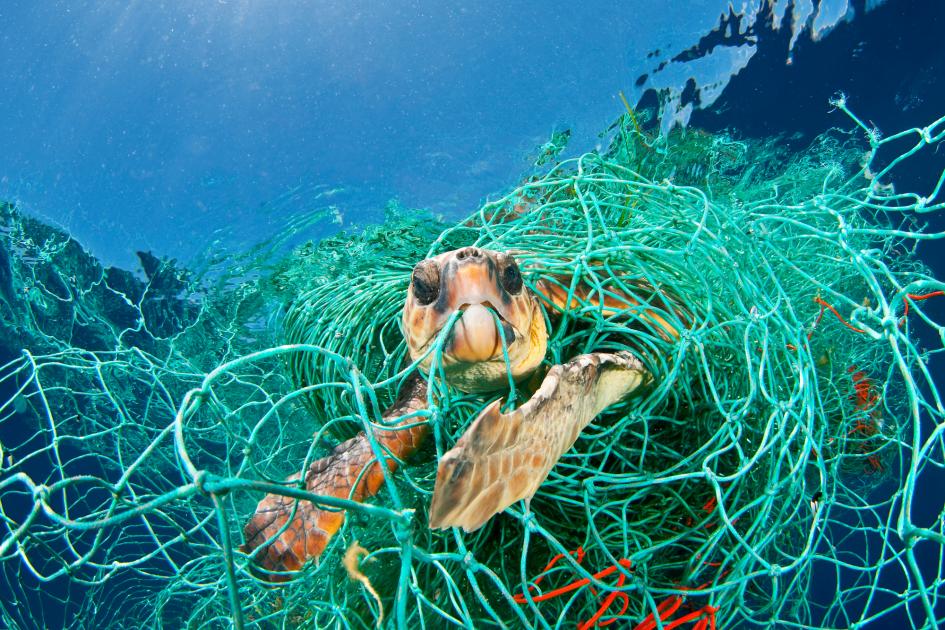 You can help our ocean

THE FUTURE OF THE OCEAN: A POSITIVE VIEW

The Five Biggest Impacts Facing Our Oceans, plus Five Easy Ways You Can Make A Difference.

Don’t worry, this is not another doom & gloom article about how we’re trashing the planet, killing our oceans, and are inevitably going to end up in a post-apocalyptic world filled with trash (just like Wall-E). However, given that two in every three breaths we take come from the ocean, and just how generally amazing the ocean is, it would be useful for all of us to be armed with some knowledge about what to do in the face of all these problems. So, in hope of inspiring some positive actions, here are the five biggest things impacting the future of our ocean, plus five easy things you can do right now to be part of the solution.

We all know about this one – almost everything we use day-to-day is packaged in, surrounded by, carried in or drunk out of plastic. From those sneakily plastic-lined coffee cups, to the ubiquitous supermarket bag, to straws & soy sauce fish & bottled water. It’s inescapable. You may not know that it has now made it to the bottom of the deepest sea, to the inside of humpback whales & even inside people (11,000 microplastic particles a year for seafood eaters!). You may not be aware of quite how huge this problem is, with virtually every piece of plastic ever made still in existence and more microplastic in the ocean than stars in the Milky Way.

It all seems a little overwhelming. The good news is, we have all the solutions we need. This is as simple as reduce, reuse, redesign & change your habits. There are a million things you can do, but here’s just one easy thing to start with:

SAY NO TO SINGLE USE PLASTICS: straws, coffee cups, bottles, bags… Choose one and start with that. And, for good measure, you can also TAKE 3 pieces of trash next time you’re at the beach.

I’m sure you’re probably heard of this one too, but did you know it affects our ocean in a range of different ways, not just through rising water levels in South Pacific islands. Here’s a brief list: ocean acidification (nicely summed up in this daggy cartoon video), mass coral bleaching, changes in fish distribution, drowning our wetlands, changing plankton behavior (the base of the whole food chain), and messing with tiny baby turtles (their sex is determined by temperature). Even potentially changing the basic oceanic currents, which keep Europe warm and the Arctic cold.

Again there are many solutions, from taking the bus more to switching your energy supplier, but probably the easiest thing you can do right now is to:

CHANGE YOUR DIET – this could be going vegan (trust me, it’s easier than it sounds and you do get used to life with no cheese) or even just reducing your meat consumption (Meat Free Mondays anyone?) – animal farming is a huge producer of CO2. Additionally, shopping local & in season makes a massive difference.

Basically, we are now just much too good at catching fish, and we are pulling them out of the ocean faster than they can reproduce. Our vast ocean is not limitless, and many fish stocks have collapsed. This includes the large predators – populations of big fish like marlin, tuna, and even cod have been reduced by 90 percent since 1950. Some studies say we can expect total fisheries collapse by 2048. Farmed fish is also not a great answer and pirate fishing is a growing issue.

Luckily the news here is not all bad, recent research has shown that fisheries management programs in some countries (including Australia, Canada & Norway) are increasing fish stocks. However there are many countries where the opposite is true. So, is seafood really necessary for you? If so, there are Sustainable Seafood apps out there: know what you’re eating, and how/where it was caught. As well as changing your diet, an awesome way to protect our oceans is simply to:

While we were all told in the 90s to Wear Sunscreen, it’s now increasingly clear that it’s actually causing huge amounts of damage to coral reefs. Oxybenzone, along with several other chemicals found in almost all sunscreens (particularly sprays) seriously harms coral, having a similar effect as gasoline! That’s why Hawaii is currently introducing a law to make certain sunscreens illegal.

And while pollution in general, along with habitat destruction, seismic testing, seabed mining, oil spills & introduced species could all probably be put on a list like this, I feel like the sunscreen thing is much easier to take on board. As well as finding some shade, covering up (hats/shirts/shorts/rashies) & learning more, all you need to do is:

#5: THE BELIEF THAT SOMEONE ELSE WILL SAVE THEM

Of all these threats, this one is the most toxic, terrifying & ominous one of them all. And also the most easily fixed. While it’s easy to feel like our actions don’t make a difference, it’s also literally the only thing we can do. You can’t control the climate, government decisions, business activities, or fishing pirates. You can take your own coffee cup to work, switch sunscreens and think about what you’re eating.

Supporting legislation changes like marine sanctuaries (for example in Sydney) and organizations who fight to protect the ocean is also worth doing, but at the end of the day the best thing you can do is:

JUST DO SOMETHING. Start with One Thing. Make it as simple as you need, but the important thing is that you try. Also, smile why you do it. And most importantly, get out there and enjoy it. Because there’s no way we’ll be able to save our big blue planet without positivity & some serious love for that magical salty playground.

If you would like to help protect the ocean and would like to learn more, come and join us for the Padi Project Aware Speciality Course.

Blue Water Diving is happy to announce we have back our Instructor – Dirk De Beer and his girlfriend Bego Tejedor Cervera, who is completing her PADI Divemaster Internship.‍ We can offer all our courses and excursions in a multitude of languages thanks to these two amazing divers. Languages include Dutch, Spanish, German, a little French and yes English!!!

Blue Water Diving is here to offer the best shore diving spots Gran Canaria. We have picked four top spots for you to look at and consider diving with us whilst your over on your holiday. Each excursion we offer comes with full equipment hire, transportation and a guide by one of our Professional Padi Diving Instructors or Divemasters, this way we can show you the underwater gems on the island. See our prices here!

Blue Water Diving is pleased to announce the Canarian Government is promoting an underwater photography contest for scuba diving Gran Canaria.‍ The competition has been set for all the islands, so we are here to promote Gran Canaria and the underwater wonders that it has available.

Read more
Back to blogRecreational divingCourses
Back to top
a { color: unset; text-decoration: red; }